We’ve covered traps of Black Hat reviews and capture team follies.  Now it’s time to reveal some of the most common and deadliest sins in proposals.  This blog leverages research and analysis we’ve done on mistakes made by some major U.S.  Government contractors.  In order to conduct this analysis, we used GAO protest docket data to study trends in wins and losses.

What’s that you say?  The largest businesses in this market cannot possibly make such fundamental mistakes?  Oh my friend, you could not be more wrong.  Alas, we can learn from these deadly sins so you avoid such errors.

None of us want to say this about a capture and proposal effort.

“We laughed.  We cried. We kissed our bid and proposal dollars good-bye!”

Is this what happened to your bid & proposal dollars?

This is one of three blogs we will release each week on six of the deadliest sins in proposals!

Check back each week for the next blog.

Sin #1: Your proposal was loaded with features but demonstrated no benefit to the requirements

Let’s say three different bidders all propose the same feature.  This is table stakes, right? Every bidder will get the same score for this feature, right?

The bidder that does the best job connecting the feature to the requirements and demonstrating how it provides a material benefit to the agency will get the strength. The bidder that only makes passing mention to the feature will never get a strength and may well be assigned a weakness.  The vast majority of proposal weaknesses are assigned because a response to a requirement was vague and lacked details. The GAO protest docket is filled with unsuccessful bidders with inferior technical scores arguing they should have been assigned the same proposal strength as another bidder because they had the same proposed feature. Here is a great example of the usual response from the agency.

GDIT argued ATSI was assigned strengths that GDIT believed it deserved as well. One example was a significant strength (and major differentiator) ATSI was assigned for its use of Tableau, ServiceNow, and ScienceLogic’s SL-1.  GDIT argued it offered the exact same tools. The big difference: GDIT’s quotation made “passing reference” to these tools, while ATSI’s quotation contained “an extended discussion of the use of each of the tools mentioned above.” In this instance, details of approach were essentially worth a 18% price premium.

The devil is in the details, proposal evaluators will never assume there is a benefit of a proposed feature if it is not explicitly stated and quantified in the proposal.

Pick any ten GAO protests at random, and roughly eight of them will have a similar story.

Sin #2: You spent too much proposal space illustrating what you did for other programs and especially your incumbent contract!

Relevant experience and proof points from other projects can be beneficial proposal content and can be an effective way to lower associated risk. However, on average only about 10% of strengths are assigned for demonstrating experience and expertise from other programs. The remaining 90% of strengths are assigned for your approach to the agency’s current requirements. If you tell an agency all about everything you did on other projects, but you don’t demonstrate understanding and benefit to the agency’s requirements it often leads to an overall rating of marginal or unacceptable.

This is particularly a problem for incumbents that extol the virtues of current performance while ignoring what they will do going forward.

In the final source selection decision, DTRA considered Past Performance and Price “essentially equal” and awarded Noblis based on its proposed benefits of continual improvement for the new contract over Booz Allen Hamilton’s benefits of high performance on the incumbent contract.  DTRA, like most agencies, chose future benefit over past experience. Booz Allen Hamilton spent more time discussing what they had done and less on what they will do. Noblis did not make that error and they won.

Talking about your glorious past gives your potential customer no confidence that you understand the future requirements.

Avoiding these deadly sins can increase your chances to win.  Beyond winning more than your fair share of U.S. Government contracts, you can avoid making protests that are simply going to lose which may serve only to increase your legal costs.

Stay tuned for more blogs in this series by clicking this link.

Are you interested to find out more about our analysis on trends in agency evaluations?  Contact us today! 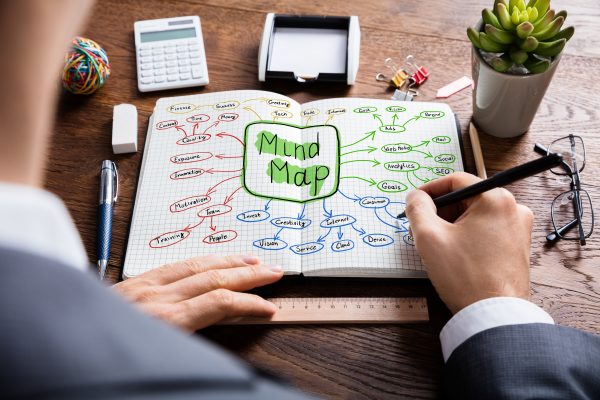 Mind Mapping and Its Use in Competitive Intelligence