Deadly Sins: Ignorance is not bliss and your past does not govern your future

The sins of hubris and ignorance continue to plague bidders.  While there are always ample opportunities to engage in poor decision making, let’s learn from these follies.  This pair of sins focuses on “the Government is not your mother” and your past does not govern your future.  Read on as we continue our series in win-loss trends.

Sin #11: The Government is not obligated to coach you

NAVAIR was procuring LMEPPS to supply power for E-2D Hawkeyes while operating on the ground.  Five bidders including Aviation Ground Equipment Corporation (AGEC) and Essex Electro Engineers (Essex) competed.  Essex competed and won due to significantly better non-cost evaluation and a price that was (at least compared to AGEC) 34% less.  Better yet, Essex bid at a price that was 30% below the Independent Government Cost Estimate (IGCE).  Both bidders fared well in their technical evaluation.  Note the summary of the evaluation of the win in table 1 below.

AGEC created a solution that achieved the desirable power output of 140 KVA while Essex only designed their solution to achieve the required output of 120 KVA.  Whether AGEC did not understand that competitors would only pursue the basic requirements or that the customer (NAVAIR) was more interested in value than a premium offering is a purely academic issue for now.  One aspect of this protests was AGEC claiming NAVAIR was obligated to tell them that their pricing was too high.  Meanwhile, the below except from the protest summarizes the flawed premise AGEC operated upon.

The purpose of a price reasonableness analysis is to prevent the government from paying too high a price for a contract. Crawford RealStreet Joint Venture, supra. Additionally, as a general matter, discussions, when conducted, must be meaningful–that is, they must identify deficiencies and significant weaknesses that exist in an offeror’s proposal. See, e.g., Epsilon Systems Solutions, Inc., B-409720, B-409720.2, July 21, 2014, 2014 CPD ¶ 230 at 16. However, with respect to price, agencies are not required to advise a firm during discussions that its prices are considered high, unless the agency has determined that the offeror’s pricing is unreasonably high, such that the pricing would preclude award to the firm.

In short, AGEC was competitive, but expecting NAVAIR to come back to negotiate pricing is deeply flawed and any U.S. Government agency is under no obligation to coach you.

AGEC gambled and lost on a premium offering while Essex may have known to just bid to the basic requirements for the win.  Essex might have known that NAVAIR tends to be a value buyer vs. being a premium buyer.  Expecting a second chance negotiation to save your bid is not something you should expect.  Work the capture carefully up front because you may not get a second chance at a win.

This is another sin committed in the above LMEPP bid.  Another aspect of AGEC’s protest was challenging the past performance rating for Essex.  Remember that AGEC received a rating of “Substantial Confidence / Relevant” and Essex received a rating of “Satisfactory Confidence / Very Relevant.”  The challenge is partially related to documented performance problems Essex had with another NAVAIR contract.  AGEC attempted to use some low Contractor Performance Assessment Reporting System (CPARS) ratings of Essex’s to undermine their evaluation.

Apparently, NAVAIR had a different view on Essex’s somewhat troubled past. Note the below excerpt from the protest.

Specifically, of the 14 contractor performance assessment reports (CPARs) the agency found to be recent and relevant, 9 reflected less than satisfactory performance. Comments and Supp. Those 9 CPARs contained 12 marginal ratings and 5 unsatisfactory ratings. Moreover, for six of the CPARs, the assessing official stated they would not recommend Essex for similar work in the future. Finally, the protester notes the CPARs without any negative information contained only one rating higher than satisfactory. According to the protester, Essex’s generally negative past performance information did not reasonably support Essex’s satisfactory confidence rating.

NAVAIR was aware of these ratings, but they used their own experience and further due diligence to not strictly consider the above evidence in the evaluation process.

…the agency’s assessment noted among other things that “Essex appears to have a turbulent relationship with the [g]overnment” and that Essex received significant negative feedback on Air Force and Defense Logistics Agency contracts. However, the agency also noted that Essex assigned a new engineering team in 2016 that has significantly improved its performance on Navy contracts, including a very relevant Navy contract for similar mobile electric power plants. The evaluators found that the Navy CPARs since 2017 have been uniformly satisfactory, and the agency noted that Essex proposed the same engineering team for this procurement. Based on Essex’s recent performance of a very similar requirement for the Navy, the agency concluded that there was a reasonable expectation Essex would successfully perform the current effort and assigned Essex a rating of Satisfactory Confidence.

Clearly, NAVAIR considered Essex’s past, but they came to a conclusion based on their experience and recognizing that Essex had taken corrective action to improve their own performance.

Assuming competitors who have had performance issues are not going to be able to work around those weaknesses is naïve.  While we cannot outrun our past, it can be overcome.  Evaluators may be inclined to give a bidder some credit based on their experience and actions taken to correct past poor performance.

Assuming your U.S. Government customer is under any obligation to coach you or give you many chances to adjust your bid is not a wise course of action.  Work your capture up front so you are actually well informed on exactly what they truly want.  Even competitors with troubled pasts can make amends to win despite any mistakes they have made. 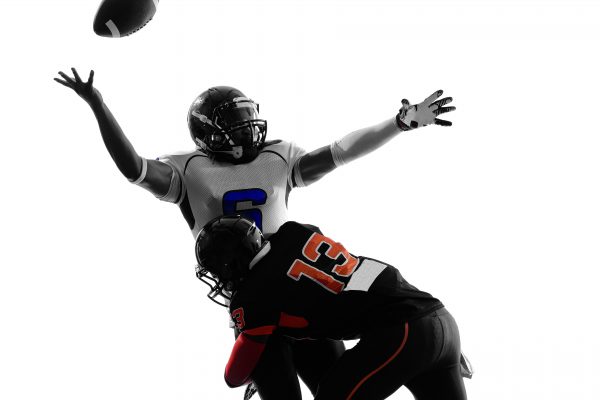 M&A Plays in GOVCON…Star Quarterbacks are getting sacked