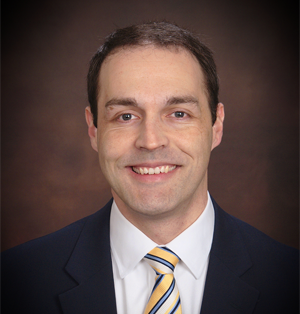 Brian Lindholm is the Founder and Managing Principal of FedSavvy Strategies. With over 20 years in the industry, Brian has experience as a business developer, marketer, and consultant for companies that have succeeded in the federal market. Prior to launching FedSavvy Strategies, Brian worked at URS Corporation (URS, now AECOM), a Fortune 500 engineering, construction, and technical services company. He served as the Director of Marketing Communications and Research for URS’ Federal Services (now Amentum) business line generating over $2.5 billion a year.

While at URS, Brian led multiple strategic planning and competitive intelligence functions. His analysis of the federal market was essential to the strategic planning process, allowing URS to better prioritize its opportunities, driving long-term growth.

While at URS, his research and guidance on civilian, military, and intelligence agencies, to include strategic marketing to support that advice, contributed to an increasing number of multi-million dollar wins for the company. Brian was further responsible for the Federal Services’ competitive intelligence processes, including the design and leadership of Black Hat exercises that enhanced the company’s ability to secure incumbency and win contracts in areas never before served by URS.

Brian has also worked as a consultant to dozens of other clients ranging from large multinational corporations to start-ups. Sectors served included information technology, engineering and technical services, and an array of industrial sectors, helping each to position themselves to win federal contracts. As a consultant for Washington Management Group – a Deltek Company – he provided advice and performed customer-tailored services on marketing strategy, market research, and contract negotiations. Additionally, Brian spent several years in federal sales and business development for SAIC– another leading federal government contractor.

Brian served six years on active duty in the U.S. Navy as a Supply Corps officer at multiple duty stations, to include a tour onboard the USS WASP (LHD-1). As the Supply Department Head at the Navy Recruiting Orientation Unit, Brian was instrumental in working across all Navy Recruiting Districts, Headquarters, and contractors to implement a new methodology to inspire young people to join the U.S. Navy. His military awards include the Navy and Marine Corps Commendation Medal and the Navy and Marine Corps Achievement Medal. Brian holds a BS in Psychology from the University of Illinois at Urbana-Champaign and a MBA from George Mason University.